Skip to the beginning of the images gallery
Details

The Titan Shred lean definition formula has been launched to target fat loss and increase metabolism.  It is very different to a pre-workout, which most current fat burners mimic.

It has a mid-strength stimulant base.  This is critical as daily use of a high stimulant formula increases cortisol.  Ironically this leads to increased storage of body fat in the male stomach and female hips and butt area.  The complete opposite of what a fat burner is meant to achieve.  Titan Shred is designed for achieving your lean goals with its advanced ingredient profile.

Advantra Z® is the only patented thermogenic ingredient for weight loss and physical performance on the market today and is patented for the following uses:

In addition, Advantra Z® does not impact the Central Nervous System and increase cortisol like most metabolic ingredients.

Glycine and Taurine.  Scientific studies have shown that the combination of the two ingredients Glycine and Taurine taken together lower cholesterol and triglyceride levels.  They act to create a pathway which frees fatty acids.

Choline Bitartrate enhances liver function, healthy brain development, muscle movement, your nervous system and metabolism. It is essential for making a substance required for removing cholesterol from your liver. Inadequate choline may result in fat and cholesterol build-up in your liver.

Green coffee bean extract contains caffeine, a stimulant linked to weight loss. It also boasts high levels of chlorogenic acid, a polyphenol antioxidant that researchers are studying for its role in promoting weight loss by reducing the absorption of fat and glucose in the gut, and lowering insulin levels to improve metabolic function

At the same time, there is zero fat and just one gram of sugar.

It is also gluten free, soy free and vegan.

This is a formula scientifically developed in detail to increase your metabolism, energy and fat burning to help you create a lean, defined physique. 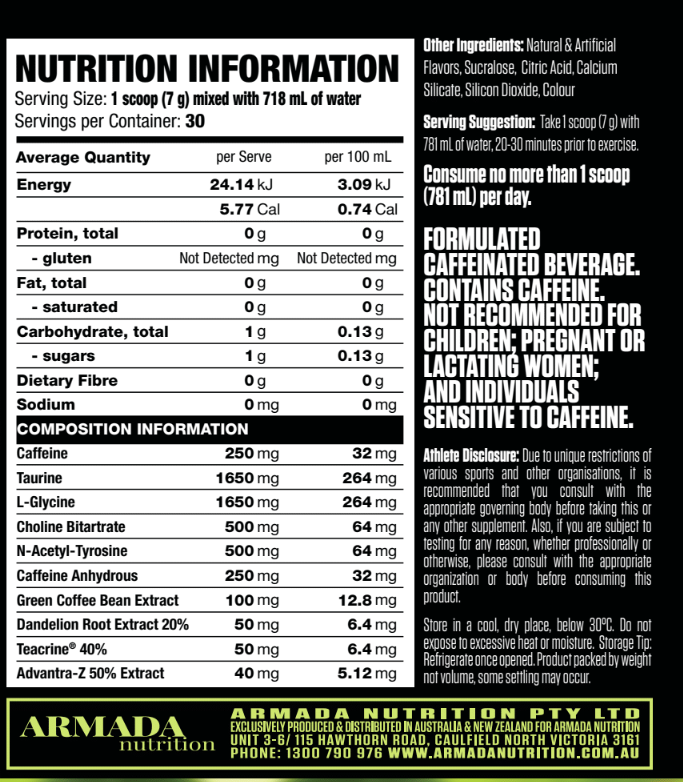